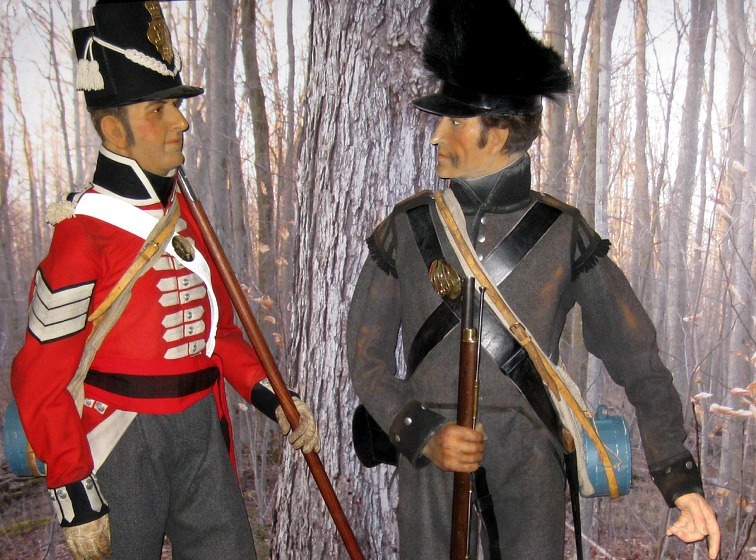 Life-size figures of an 89th Regiment of Foot Sergeant and a Canadian Voltiguer. Created by MilitaryHeritage.com, these figures are part
of the permanent exhibit at the Battle of Crysler's Farm Visitor Centre (part of Upper Canada Village near Morrisburg, ON) Photo: R. Henderson

The War of 1812 Website. You are amongst over a thousand visitors who explore this site daily.   This "1812 experience" is comprised of numerous articles, quality book reviews and offers, extensive links, and the largest collection of War of 1812 images on the internet.   Event listings, news and unit websites dealing with the exciting reenactment hobby can also be found here.  Make your computer come alive with the sounds of the past by visiting our sound clip gallery.  If you are up to the challenge, test your knowledge of the War of 1812 by taking one of our quizzes.   Finally for the armchair general we provide unique animated battle maps that give you a quick understanding of a particular clash of arms during the war.